A fully fledged monetary union has the means to transfer resources from one region to another. This is what happens in the US or the UK, for example, with higher taxes in areas that are doing well being redistributed to areas with slower growth and higher unemployment.
The euro, however, was constructed along different lines. Countries were allowed to join even though it was clear they would struggle to compete with the better performing nations such as Germany. A stability and growth pact designed to ensure a common set of budget controls was a poor substitute for fiscal union. From the start, it was obvious that the only mechanism for a country that ran into severe difficulties would be harsh austerity. Greece is the result of what happens when politics is allowed to override economics.
If Greece leaves, the idea that the euro is irrevocable is broken. Any government that runs into difficulties in the future will have the Greek option of devaluation as an alternative to endless austerity. Just as importantly, the financial markets will know that, and will pile pressure on countries that look vulnerable. That’s why Greece represents an existential crisis for the eurozone.
It will be said in response that Greece is a small, insignificant country and that the single currency has much better defences than it had at the last moment of acute trouble in the summer of 2012. Diplomats in Europe’s capitals took very much the same view in late June 1914. 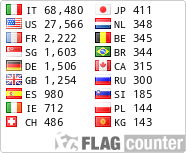